Technology is power, let it be the 21st century or the old age civilizations – we have seen the use of technology in every age. From handmade wooden and rocky weapons to computers these days; everything came from the innovative ideas of mankind. Let us go back to the dark ages when the remains of the ancient advanced civilization still exist. A place, where ancient technology means possession of power, but what if the power goes to the wrong hands? Can you save the land and defeat the evil force? Let’s face the ruthless empire and defeat them in their land. Bring the peace back and give a sign of hope to the people of this land.

The in-game universe of Aegis Defenders will impress you with its charm. The game revolves around the tale of an ancient world where the ruthless empire rose again. But when one door closes, another door opens; likewise, the Ruinhunters came for the rescue. Search the legendary weapon with them and save this virtual world from the ruins. Be prepared for an exciting voyage into the world of Aegis Defenders. Only the Aegis can defeat the evil empire and save the people. Be a part of the fearless Ruinhunters and discover Aegis.

Do not let it fall into the wrong hand. Join the forces of Kobo to level up the power and fight against the enemies together. Kaiim the monk and Zula the bandit will help you in multiple combats. Aegis Defenders seems to be a very interesting game right? Well, for all these the credit goes to the Guts Department for developing this game and Humble Bundle for publishing it. On 8th February 2018, this game was released and you can see its popularity all around.

How to play Aegis Defenders?

In Aegis Defenders, the players have to deal with four main characters of the Ruinhunters gang – Bart, Clu and a pair of Ruinhunters. There are 18 levels in this game and played in a story campaign mode. You can also participate in the three bonus levels. Each character has their abilities and powers; you can use them accordingly to win the fights. They can build up unique items and with the help of “cross fusion” you can build up a customised and more powerful item that can aid you in the combats.

The gameplay has been divided into two different phases – at first, you have to fight with the enemies, explore the surroundings and solve multiple puzzles; at the end, you have to save a person or an item from the approaching wave of enemies. Explore, defend and build up in Aegis Defenders.

Have a fantastic adventure in Aegis Defenders. This game has awesome features for your entertainment. The developer has added rich content for the gamers so that your experience can be great.

You can either Aegis Defenders in single-player mode or the multiple players’ modes. Stay connected with the other players and fight together. This game also allows the split-screen mode so that your gameplay can be more interesting. Meet new people every day and learn new strategies.

You can play Aegis Defenders in story mode and learn about their ancient history and the secret about their past. Make your gameplay more interesting with the amazing storyline and know more about the weapon. You will be very excited to know the whole story.

There are three bonus levels for the gamers that can be accessed if you perform well in the combats. The characters from Kickstarter games like Derpl Zork, Shovel Knight and Luna are are featured.

You can be creative and play Aegis Defenders based on your strategies. Switch between the characters accordingly and build up new items by combining the available items. Use multiple defensive skills to sustain in the game.

Have a great time playing Aegis Defenders. The game looks more like a fairy tale because of its unique visual effects. Aegis Defenders has been crafted beautifully and includes all the rich contents. Have fun with your friends and share the moment of victory with each other. There are multiple levels to keep you entertained. 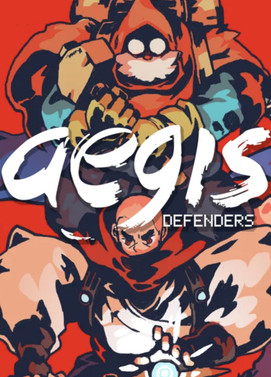 How much is the maximum playtime of this game?

How many types of difficulties are there?

Version 10 of Aegis Defenders is recommended.