Developed and published by Pathos Interactive Bannermen is a fast-paced typical RTS video game that centers around the story of an exiled Lord and his journey to becoming one of the strongest in the realm. Are you ready to strike fear in the minds of the opponents and challenge them in multiplayer mode?

The game focuses strongly on individual map control and unit control. As complicated as chess, Bannermen requires players to adopt smart tactics and strategies to outsmart their enemies in real-time and gather intel through scouting at the same time. Every encounter during the game is critical.

Developers have taken ideas from similar games and included limited resources for players – only gold and wood to make it more competitive. But the game is easily comprehensive as compared to the other games of the RTS genre.

What is Bannermen about?

After being severely defeated in the battle of Beckron, Lord Berrain has to regain his former team of Bannermen as they have surrendered their loyalty to Lord Karthor. The days of fighting for glory are over. Now, there’s terror everywhere along with the merciless army of Lord Karthor. Being homeless and lacking in time, Lord Berrain has to travel to the diverse lands of Valtoria to gather resources and supplies and motivate soldiers to fight for righteous causes.

Players in Bannermen play as Lord Berrain, an exiled Lord who lost the Battle of Beckron. Hence, all his lands and properties have been confiscated. Now he is left with nothing and has to gather armies to build a strong force to restore his power. The game offers various modes, usually popular are the campaign story and the multiplayer online tournament play. The tournament mode can accommodate up to 4 players to play together as a team.

The campaign story tells a few personal details about Lord Berrain while he strives to gain forces and rebuild former alliances with Bannermen. Read below to know more about the game’s mechanics and gameplay.

While retaining the major features of a real-time strategy game, Bannermen incorporates the best features from other video games of the same genre and adds its uniqueness to it. Bannermen is competitive. Matches in multiplayer mode usually last for about 10 to 25 minutes. Since the game is fast-paced, players have to rely on their intuitions to proceed ahead in this game. The game paves way for intuitive learning that’s faster and easier.

Bannermen incorporates simple and comprehensive controls. Players have to click to select, drag to select multiple items. Each selected option allows players to use them and perform definite tasks. Players train troops inside buildings, teaching them how to fight individually like heroes and use their special powers. Special powers include using Berrain’s AoE abilities and shield. The best part about Bannermen is that when you have selected multiple heroes, you don’t have to select their special abilities individually. Rather, the game offers all their abilities together in one place.

The game offers several gaming modes. Firstly, there’s a single-player campaign that lets players play as a fallen Lord and explore his journey of emerging to be one of the most powerful. Secondly, there’s also the AI Skirmish mode where players have to battle with bots and combat for humanity. There are ranked matches as well. Players have to climb a ladder either with friends or alone to provide who’s the best leader. The unranked matches allow players to experiment with new strategies or look for online matches. In the custom games mode, players can create teams of about 8 to 10 and a map.

The game allows players to take manual control over every unit and use the special powers strategically. The become a successful leader, you have to wisely manage your resources well and build new bases when it’s the right time. In Bannermen, players have to maintain the right balance between army and economy and transition to better and advanced units.

This entire mechanism plays a big role in Bannermen. Developers have also incorporated unique mechanics like the presence of temples where one can gain nature powers. Using these special powers during battles can inflict devastation and damage on enemies. However, the location of temples and buildings are different for different maps in Bannermen. Once you have built a base or temple with enough resources, your enemies will be notified about the development.

There are three heroes available in Bannermen. Players can choose any of them. With every new level, players can recruit new heroes and train them efficiently to fight battles. Players reach higher levels by killing enemy heroes or defeating enemy forces as a whole.

Bennermen has a well-developed single player campaign mode that lets you explore the region of Valtoria as its hero. Players can monitor troops, free prisoners, regulate resources and infiltrate strongholds and build buildings and bases to train forces and defeat enemies in intense battles. Players have to fight in vast and diverse landscapes and use the several elements of nature to their advantage. For instance, use sandstorms to hide your progress, plan traps against incoming enemy attacks, and even blow up advancing enemies using explosive barrels! With the right tactics and strategies, you must use your surroundings as and when required.

Bannermen is a brilliantly developed and new kind of real-time strategy game that provides a fresh and engaging gaming experience. Bannermen takes players to the time where power lies concentrated in one, who carries the sword. Bannermen requires players to test their abilities as a leader, enhance their commanding skills and lead powerful forces in a semi-fantasy world. Are you ready to prove your abilities by conquering lands and building forces and defeating enemies? If yes, continue reading below to know more of Bannermen’s features.

To make Bannermen more interesting, developers have introduced a well-developed multiplayer mode too. Now, play with friends in groups of four or join the online ladder to participate in online matches.

A variety of buildings are found in Bannermen. Each has a definite role in the game. Usually, the buildings and temples hide special powers which you can gain and use to defeat enemies. You can also use the buildings to train, research, or enhance your defense skills.

Various units like range, melee, and Spellcasters are found in Bannermen. You can join in any of them and play.

Bannermen incorporates impressive and standard RTS graphics. The visuals are immersive and detailed. Not just the visual works, the soundtrack is equally engaging and rightly goes with the game’s ambiance. The voice acting has surpassed everyone’s expectations. The game received positive reviews when it was released. Players are sure to have a satisfying, refreshing, and engaging gaming experience with Bannermen. 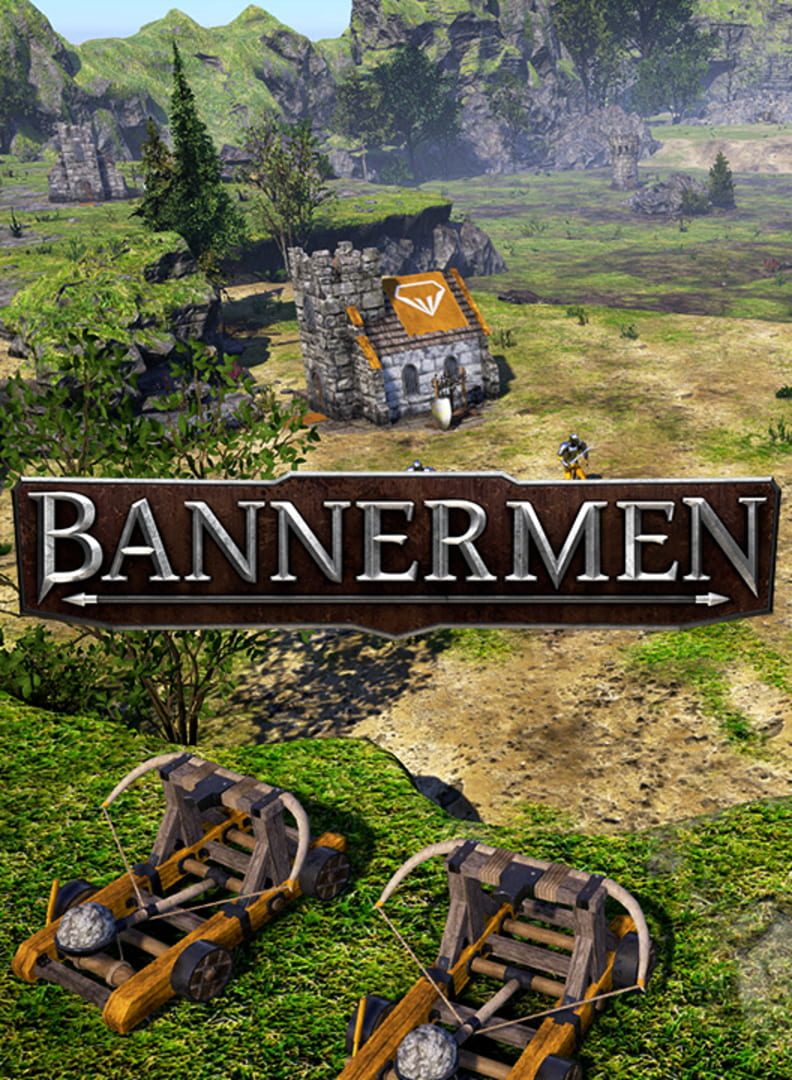 Yes, Bannermen includes both a single-player and multiplayer mode for players.

How long does it take to complete Bannermen?

Bannermen includes a 10 hours campaign for players, appealing to all strategy gaming freaks.

Yes, if you are looking for a different RTS video game, Bannermen is the one.