What is Black and White 2 about?

The players are taken to a scene of a Greek city that’s being ravaged and destroyed by a huge Aztec army after being summoned from a pure prayer. Players immediately get to work and rescue helpless people. These people are then transported to a new land with a certain number of refugee worshippers.

Later, the players get busy with establishing a power base from where they would attack the Aztec army and defeat them. To do that, players have to conquer the Norse, the Aztecs, and the Japanese, either by coercion or by peace. The theme of the prophecy exists throughout Black and White 2. This prophecy states that a tribe will be destroyed by the greatest power in the world but afterward will receive a god who would free the tribe and lead them to glory.

Players take the role of a god called from the void. They aim to rescue the people from suffering at the hands of the Aztec army. These villages invoked the god and hence the players came on earth to save the people. Players have evil or good desires and help villagers accordingly. The players are physically depicted as an avatar of God, a creature in the form of a giant anthropomorphic lion, ape, tiger, turtle, or cow.

Players can grow and develop into large-sized creatures and adopt a good or evil persona based on their actions. Their actions determine whether they will be published or rewarded. Hence, there are prominent city building and God simulation elements that we also saw in the previous instalment of Black and White. Besides these elements, we can find the presence of real-time strategy elements, besides controllable warfare and fighting units.

Black and White 2 features a revamped version of the heads-up display system than its preceding sequel. There are HUD notifications that appear in the game informing the players of their state of mind. Not the just, their actions, effects of their actions, the status of villages are also shown on screen. The user interface of the game is extremely uses friendly.

Players can do several things like cast miracles. Now, to cast a miracle, players have to make gestures on the ground, intending to cast a miracle. The right gesture activates the miracle and if the player has enough prayer power, it shows in the player’s hand. If it does, it means that the player can cast his power. There are six ordinary miracles: heal, shield, lightning, fire, water, and meteor. Each of these has different uses. There are four epic wonders: hurricanes, sirens, volcanoes, and earthquakes.

There are three different ways in which one can play this game: good, evil, and combination. If you have chosen the evil mode, it means you have to cast fear and terror in the land. There will be destruction, conquest, and torture everywhere. Good involves showing benevolence, support, and promote the building of houses to provide shelter to the helpless people. If you have chosen a combination mode, you require ore and wood, both of which are available in limited quantities. Every player belongs to the Greek tribe. Players of other tribes like Egypt, Aztec, Japanese, and Norse are enemies.

The game gives players the liberty to choose any kind of character they want to play as, like the tiger, wolf, ape, etc. The characters can do basic things that players can do like cast miracles. Players have to train the characters they choose. Hence, these characters adapt the personality of the players. Each tribe has creatures specific to the tribe at some stage.

As the game continues, the enemy’s creatures increase in size and strength. Sometimes players can also buy creatures provided they have enough tribute currency. If you want to change anything about what you have taught to your creature, you can revisit the past and modify things. This feature wasn’t present in the older Black and White version.

Features of Black and White 2

Now that you have understood its gameplay, let’s go through its feature. The gameplay incorporates a variety of in-game elements, indicating that the features would also be robust. Developers have included innumerable features to ensure that players can enjoy every element of the game. The game can be played in so many different ways that one would never get bored. Let’s have a quick look at its features now.

Do you know what playing like God feels like? If not, experience how it feels by playing back and white 2. You can be the god of war or the good god. Wage massive wars, battles, and sieges or use your skill to maintain peace.

When you play like a god, you automatically get god powers. You can use them at your convenience. For instance, you can create epic miracles including the ground ripping volcanoes, earthquakes. Similarly, you can also use your good powers in a way to establish peace among the villagers.

Yes! That’s possible. Players choose any character they want from a variety of animals like lion, cow, wolf, monkey, etc. They can teach them whatever they like. They can also modify their appearance is required. Training animals in the game is an amazing experience. 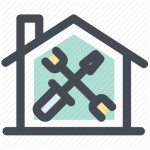 The game gives players the power to control and create settlements to accommodate the villagers. The game gives full liberty to players to create lush green gardens, fountains ( if you have chosen the good god role), or spikes and torture pits( if you are playing the evil god).

Overall the game is vast and enjoyable. There are so many things to choose from and try out. Surely gamers have a good time playing black and white 2. The game received favourable reviews from critics and gamers. It received a silver sales award from the entertainment and leisure software publishers association. This indicates more than 100,000 copies are being sold in the UK. If you love playing RPG games, Black and White 2 is the ideal game. Download it now and enjoy! 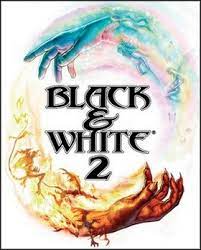 Does the game incorporate a multiplayer mode?

No, the game doesn’t have a multiplayer mode as of now. Players can only enjoy playing in a single-player mode.

Black and White 2 is a role-playing, strategy video game.