Blasphemous is a top-rated video game developed by a Spanish studio named The Game Kitchen. The game was published worldwide by Team17. The game is a horror, action-adventure packed Metroidvania videogame that has garnered immense appreciation from critics and players worldwide ever since its release. Released in September 2019, the game earned generally favourable reviews for its interesting gameplay, settings, storyline, and mechanisms.

Blasphemous won an award for being the Best Spanish Development and Indie Game of the Year at the titanium awards organised in 2019. It was also nominated for the Best Art Award.

Players play as an explorer, trying to emerge as the sole survivor of the nightmarish open world environment. People are trapped in a never-ending cycle of birth and rebirth and gamers aim to free them from this terrible fate, no matter what it takes.

What is Blasphemous about?

Set in a land where people go by blind superstitions and religious faiths, the game takes place in a dark, gloomy land named Cvstodia. The area is mostly influenced by Christianity. It also shows the typical Spanish culture of the Andalusia region. The Miracle is a kind of supernatural force that somewhat controls the actions of the people. Sometimes it acts as a blessing while sometimes it curses the residents of vcstodia, often transforming them into monsters.

Players play as the Penitent one, the one who survives through every ordeal. The lead character always has his face covered with a mask and a helmet. The helmet is decorated with thorns and a capirote. He also carries a sword adorned with religious effigies. When he is on his journey, he encounters several characters such as deogracias, who sometimes narrates the story of the lead character. Redento is a pilgrim whose hands are tied as a form of punishment for his sins. Candelaria is another person who is seen to sell different items in the region and Virdiana offers help and support to players in boss battles.

As we already said, players play as the Penitent One, who explores the land of pilgrimage, fighting against monsters in the way. Monsters crawl in every area of Cvstodia, attacking players from every direction. The main character can fight against players using his sword or by casting spells on the monsters, which leaves them incapable or trapped. By launching melee attacks on monsters and enemies, players achieve fervor, which is required for casting spells. Every different monster has a different way of attacking. The Penitent one has to notice and learn every move and counter-attack them. Whatever they do, players have to be immensely careful, making sure they inflict minimum damage to themselves.

Players get several options to upgrade their weapons, powers, and abilities during the game. Some of them include gaining penitent one’s maximum health, getting more bike flasks, and accessing or unlocking new areas and abilities for better performance and combat. By completing additional missions and side quests, players get stat bonuses that recover or heal damaged areas of their bodies if any. Also, stat increment provides them accessibility to otherwise inaccessible parts of the region. Players can also gather collectibles along their way and deliver them to specific places to gain points and rewards.

One can find several checkpoints in the game, in the form of altars. They are spread over the entire region of Vcstodia. These checkpoints are meant to provide shelter to players when they get tired. They refill their health, gain energy and start their journey again. Also, they regain certain abilities, speed and their performance rate enhance. However, taking rest allows the previously killed enemies to respawn again.

Blasphemous is an extremely interesting video game that features fast speed, combat scenes, hack-n-slash mechanism along with a deep and evocative score. Developers have delivered the game surprisingly well. The game features a vast open-world environment, left to be explored by gamers. Developed by the Spanish studio named The Game Kitchen, the game is available to be played on several consoles like PlayStation 4, Xbox One, Nintendo Switch, and PC. Below given are some of its noticeable features: 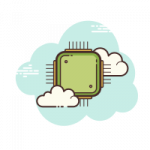 The game features a gothic Atmosphere. Players are continually exposed to deadly traps, in a variety of landscapes while they search for redemption and escape.

The game features a variety of weapons for combat. As the level increases, the deadliness and strength of every weapon increases. Players can unlock the power of mea culpa, a unique sword born from guilt, meant to kill innocents and acquire more power and special moves.

As players unlock higher levels of the game, they can customise and improve their weapons. Upgraded weapons give more power to players, thus enhancing their performance levels.

Set in the unknown land of cvstidia, players are to explore this nightmarish land and unveil hidden secrets from inside. The game is full of grotesque monsters and animals who are ready to rip your body apart. Players are to carefully fight against them using deadly weapons. 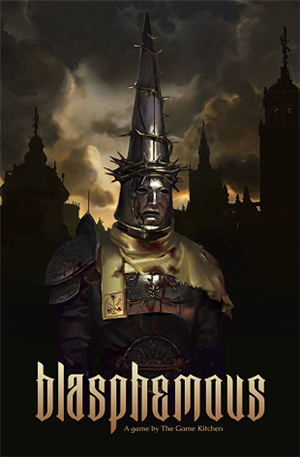 How long is a Blasphemous game?

Fully completing the game includes exploring the entire map and experiencing all quests and upgrading to the highest level possible. Doing all this at a stretch takes about 20 hours. Though the game is length, it's brilliant and worth it.

Does it have both single and multiplayer?

No, Blasphemous offers only a single-player mode to players.

The game can be played on almost every console such as PlayStation 4, Nintendo Switch, PC, Xbox one, etc.