Dracula is one of the best gaming series to try out if you are a fan of horror and thriller genre games. Today we’re going to talk about one of the instalments in the gaming series. Dracula 2 is not an entirely new game but a prequel and sequel. So its plot is sort of a continuation. Do not worry though, if you have not tried any of the instalments in the series yet, you can still start from this one. The game will give you the necessary insight into the plot so far. However, in case you want to keep yourself updated on what the game is and what are its features then here you go.

The game begins with Jonathan Harker rescuing his wife Mina from Dracula’s castle and pledging to slay the Count upon their return home. Harker has realized that Dracula summoned Mina to Transylvania specifically so that Harker would have to follow her.

The game, Dracula 2, is a direct continuation to the game Dracula: Resurrection, which is again a sequel of sorts to Bram Stoker’s Dracula. Set after seven years of the novel’s conclusion, Jonathan Harker finds himself fighting the monstrous Count once more to protect, Mina, his wife.

Dracula 2 is, like its predecessors, a point-and-click puzzle game with an “empty” heads up display; the inventory of the player is available by a button push, while another button brings them to a menu with choices to save, quit, or load some previously saved game. As a result, the full screen shows direct gameplay.

Since the interface of the game incorporates a simple point and click gameplay, the cursor changes its function according to the setting in which it is. For instance, it can develop into a magnifying glass, an eye, a finger, and much more, depending on the setting off the screen on which it is being clicked.

The cog is the most frequently spotted symbol in Dracula 2. When the user sees this sign, they must go inside the inventory and choose a suitable item. If you have the necessary item that is required to control the object, it will display as a green circle instead of the cog icon. If the item is wrong, the cog sign will stay.

The game adds two new components not seen in Dracula: resurrection. These are rudimentary fighting, and the ability to combine items from the inventory. Combat Mode, which involves either a crossbow or a revolver, substitutes the pointer with a reticule but this happens only occasionally.

The game has a lot of amazing things to offer. We have listed some of its ceiling features below. Why not take a look?

In horror games, the vibe plays an essential part in the gaming experience of the players. The graphics in Dracula 2 does not disappoint you as it successfully adds that chilly atmosphere to the game.

Even if you have not played a single game in the series, you can still catch up with the plot of the game. The game offers a pretty detailed storyline which makes the experience of playing the game yet more involving. The plot is a full-fledged storyline with all its details intricately designed to fall into pieces as the player progresses in the game.

The display screen on which the game takes place is devoid of any other obstacles that might distract the player period the inventory and the items that you collect in it are in a separate location so as not to distract you from the gaming screen.

The game makes use of a very simple to understand interface. All you have to do is to point and click the cursor and it will develop into the item or organ that the then present situation requires it to. All you would be left to do is do put the hints into their places as they come your way.

If you have not yet played the game then this is high time that you should give it a try. You can easily get access to it over the web, on gaming websites such as steam and so on. 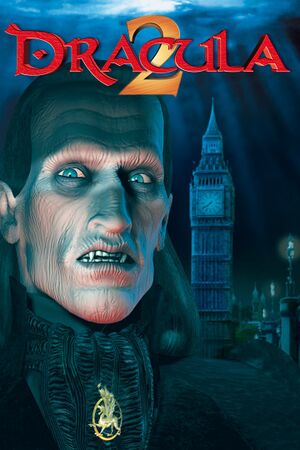 How To Download Dracula 2 The Last Sanctuary PC Instructions

Is the game safe for children?

Yes sure, it is safe for children to play this game. You should keep in mind though that the game is a little scary at times.

It takes about 9 or 10 hours to finish the game. It depends on your perseverance.

The game is available on Steam.