Gang Beasts is a savage fighting game with bobbing gelatinous beasts all around the gaming platform. The fights take place on the streets of Beef City. The game scene is very barbaric, where multiple fight sequences occur in daylight. Gang Beast is played by millions of gamers around the globe for its mad nature. It is a multiple players’ platform, where the plastic-like creatures smash each other brutally. It is one of the games you can enjoy playing with your friends. No doubt why, this game is ruling the market for so many years.

The game has been entertaining its fans for many years. Gangs Beasts is a platform for multiple players all around the globe. This game was developed by BoneLoaf and published by Double Fine Productions and it has been released on 12th December 2017. These three and half years were enough to gain popularity; everyone loves to play games with mad fights, action, and wild parties. Everyone can play this game online and challenge their enemies.

Gang Beasts is like a party taking place in the metropolis of Beef City. The fights are hilarious; you will not be bored when the cartoon-like characters wrestle with each other. Gang Beasts involves numerous physical activities to survive throughout the game. The players need to punch; kick the head butts the opponent players, for surviving. Keep hitting until the opponent gives up and collapses. This is not a place to show mercy, the players need to be wild.

The game may look very simple and cute at the first sight, but the scenario will change as you start playing it. Gang beasts is filled with ferocious grapples, your main motto should be surviving these fights and killing the opponent. For that, you should not miss any chance of attacking the other players, remember that the other players can fight back too and Knock you off. In this fictional platform, Beef City the type of location you choose may affect your play. Like if you choose to grind, you can toss them into a giant grinder. If you choose the cargo containers, you can knock off your enemies or cut off the rope. So, the strategies vary from place to place.

You need to thrash your enemy until and unless they get unconscious or weak so that you can throw them out easily. You must mobilize all the time, don’t stand in one place for a long phase, and make yourself a target. Be careful while choosing the costume, if you choose a big hat or cape, it might be easier to grab you.

Apart from the strategies, you need to know about the functioning keys that can help you play Gang Beasts. The players can use the keys like L, K, X, O, L1, R1, and R2 to make different types of moves; the players can pull, punch, push and drag their enemies to death and fight furiously

It is a very funny action game; the streets of beef City are full of chaos and entertainment. Gang Beasts can maintain its popularity because of the great features, which are mentioned below:

The players can easily change the appearances of the characters. Choose the colour of jelly figures beast you want to be. The characters in Gang Beasts range from a funky figure in a fox costume to a businessman in suits. Give your characters a hat, mask, moustache, capes, etc.

To play Gang Beasts you can choose any of the modes you are comfortable with. In the melee game mode, you can fight with your local and online enemies. And in the gang game mode, play with your friends against the other gangs of Beef City.

The most satisfying and hilarious scene is the comical jiggling creatures. The visual effect is amazing; everything seems to be happening in front of your eyes. The whole game is so colourful and challenging at the same time.

Select any location you want to take up the fight with your enemy. You get a map which can direct you as well.

There are various fighting spots in Gang Beasts, like the top of a building, giant aquarium, giant wheel, a factory, or on running trucks; there are even more distinct range locations.

Play Gang Beasts with your friend and family for fun and joy, it is the silliest and crazy game that you can play anytime and anywhere. Now this game is an international success for the entertainment it can provide. Players also need to have strategies to win the fights like a king. It is an excellent platform to show your skills and enjoy at the same time. So, what are you waiting for? Don’t you think it is a great way to escape from your daily hectic schedule and chill with friends? 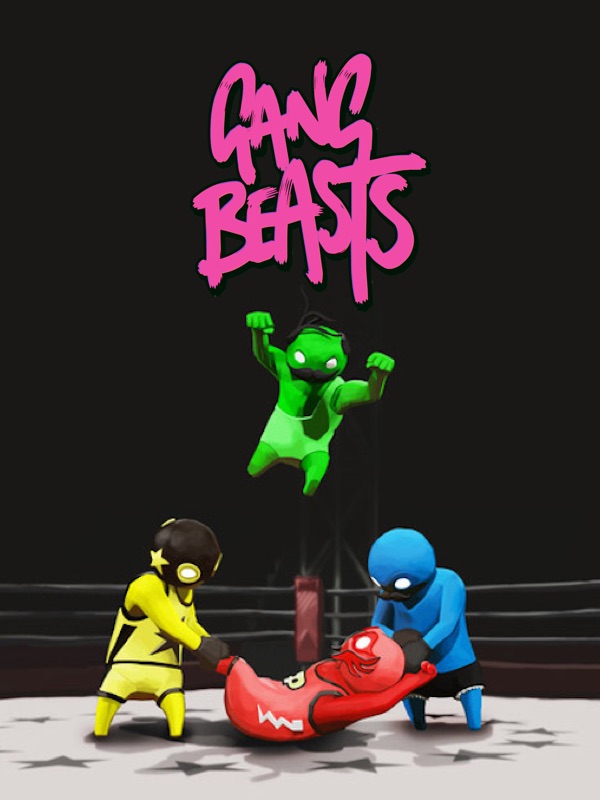 Can I play this game offline?

No, it is an online multiple players game.

How much storage is required for Gang Beasts?

This game may require around 2 GB of space.

In which OS I can play this game?

You can play Gang Beasts in Windows 7 and Windows 10 as well.