When it comes to computer games, there are a dime-a-dozen of them. But if you want to play quality games, then you will have to look a little harder. However, you don’t have to search for long with us here to help you. So if you are looking to play a quality game then Halo Wars 2 is the one you should choose. This is a strategy game that takes place in real-time. Here you have to follow the Spirit of Fire crew as they construct the Halo rings and try to control them. Whether they can do it or not forms the game. But there is more to the game of course. If you want to know about it, then read on below.

What is Halo Wars 2 about?

Halo Wars 2 was published and released by the esteemed Microsoft Studios on the Xbox One and Windows. This game is a part of the famous Halo franchise and is a direct sequel to the 2009 game Halo Wars. So, since it is set in the Halo universe, so the game takes place in the year 2559. During the installation of the rings, there’s a conflict between an alien team called Banished and the assigned UNSC forces over who will be controlling the Ark.

The game will make better sense if you played Halo Wars. At the end of that game, we saw that the powerful crew of UNSC or United Nations Space Command warship enter into cryosleep before drifting slowly into unchartered space. Now, during the time they were asleep, there was a war happening between the covenant, an alien alliance, and humanity. It finally ended and then Spirit of Fire was declared lost and that too with all of the hands-on deck. But we know that the ship is indeed well and functioning with its crew alive as well. But the AI of the ship, called Serina has terminated herself.

When the crew wakes up from their cryonic sleep at the Ark, which is capable of installing the Halo rings, they are invaded by the alien race known as Banished. This race is led by warlord Atriox and it is said that they came to power after the covenant got destroyed. Atriox leads the army where Decimus and Volir are the general and shipmaster.

In this science-fiction game, the strategy will win you the game. Players can command armies here from a unique birds-eye direction that allows them to see the entire battlefield. So strategy making does get easier. But before we get to that, know that at the beginning you will be able to choose from two factions here- the UNSC as well as the Banished. Both of these factions are playable. Once you select who you want to play as you will have to set up your operation base. In your operation base, you will get to build your barracks as well as a vehicle depot to deploy the various vehicles and infantry.

In the game, you will be collecting supplies by using the supply pad. You will also be able to deploy the units for constructing buildings once the battlefield gets expended. Once you have built the buildings, you will have to power them. Now, you will be able to get that done by making use of the extractor building or the generator. Note that you will even be able to upgrade your base buildings to get access to more top-tier units and also to unlock passive bonuses.

When you will enter the battlefield, you will first encounter fog. On the battlefield, you will have to select your units that will be engaging in the combat. Know that combat in here is like a game of rock-paper-scissors, but it’s more balanced. As such you need to remember that ground vehicles should be used against infantry. Also, the infantry is effective against the aircraft and the aircraft is more effective against the ground vehicles. Also, note that there’s a special ability which each unit gets along with the regular attack ones. For example, there are spartan supersoldiers who can hijack vehicles as well as carry out a whole smash attack once they leap into the air. Once you keep on winning battles to get control over various areas, you will be able to construct additional bases as well. But along with winning you will have to gather the resources needed to expand your army as well.

If you are playing the main given campaign, then you will get to complete 12 missions in it. Now, you can either complete these missions alone or you will get to play them cooperatively. Each mission comes with objectives like defending bases, capturing points, or even just surviving the enemy hoarded. Often you will even be asked to lead the spartan units all around the central map. 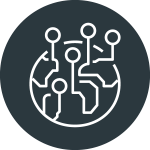 If you are playing on campaign mode, then there will be side missions as well. These side missions involve making sure that some units survive in a quest, destroying the extra bases, and doing more. But mostly, you will have to get it done within a time limit.

You will be able to play with both Banished and UNSC. Each of these comes with specific units. Players will have to select their leader, according to the playing style and characteristics. Leaders come with abilities that get upgraded as well as activated when you are in battle. But using upgraded skills will require you to expend your power and supplies. Also, there is a cooling downtime needed before you will get to activate it again. These special powers include carpet bombing a huge area, healing groups of people, deploying the special troops, etc.

Halo War 2 is a game for anyone looking to find a great combat video game. Here you will have to build your strategies by looking at your weapons and resources available. Then you will have to jump into combat trying to gain more areas to control. Once you can defeat the enemy, the game is yours. But note that the road to victory is long, but it’s enjoyable. 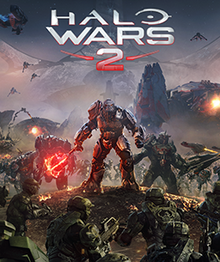 How many people can play in multiplayer mode?

Here, a maximum number of 6 people will be able to play in online multiplayer mode. So it will be a lot of fun.

How to play single in here?

You will be able to play solo by opting for the Skirmish mode. Note that in this mode, you can play cooperatively as well.

How to focus on controlling territory in the game?

If you are more interested in territories, then choose the Domination or Stronghold modes while playing. This will allow you to control the territories.