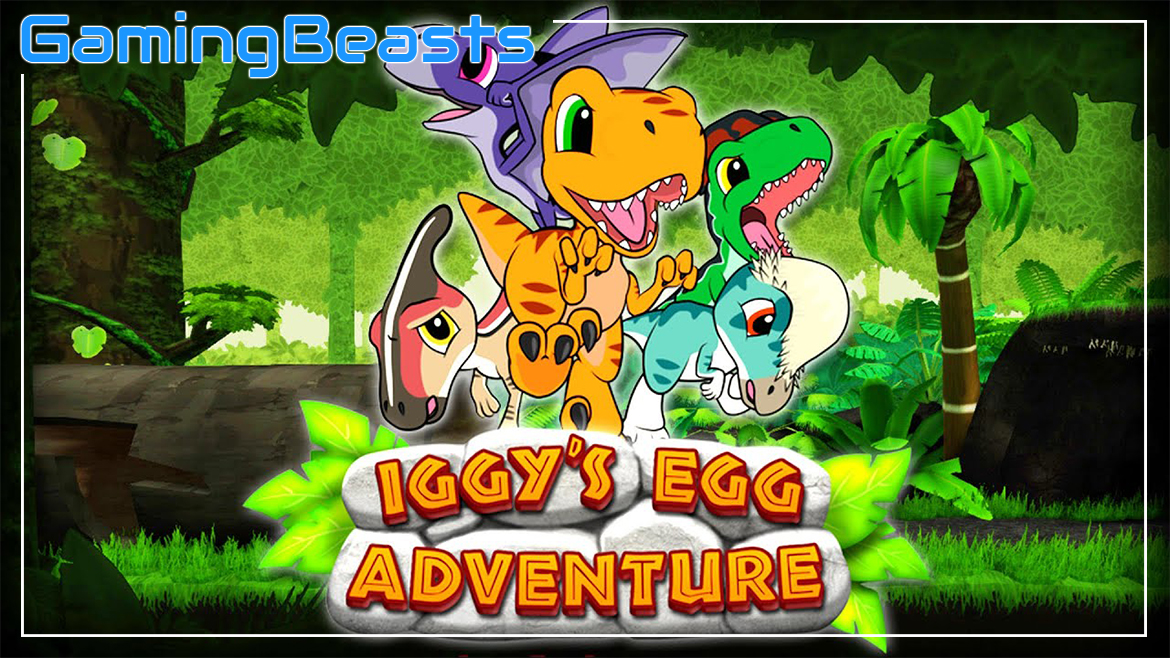 Iggy’s Egg Adventure, currently discontinued, and was a 3D action game developed by Ginger Labs LLC for Windows Platform. The game presents itself in furbished stylized 2.5D graphics on a modern gaming engine and encompasses a classic platform surround.

The game encompasses a classic platform surround and feels with stylized 3D graphics on a modern gaming engine. The game takes most of its inventiveness from other retro platformers. It effectuates the lives system used in older platformers but it includes a tad more combat than your typical platformers. The game does a good job with all that it has to offer although it fails to bring new mechanics to the genre; all in all, it’s an entertaining game to play.

The game revolves around Iggy (your alias), a neonatal velociraptor (or one of his friends which you unlock later in the game) who is in a quest to rescue his mother who is held captive by some evil caveman as he collects as many eggs as he can along his journey, alongside bravely brawling his way through sabre-tooth tigers, spear throwing cavemen, mammoths, and other deadly dinosaurs.

As the game progresses, we see that Iggy isn’t alone in this virtual battle to rescue his mother; Phredrick, Patrick, Perry and Terry also assist Iggy with their own unique set of combat skills.

It is mandatory to bring up that although the graphics initially might appear to be that of a children’s game, Iggy’s Egg Adventure is in no way solely a game for children. The “teen” rating on its purchase page says it all.

Nearly most of the gameplay orbits around jumping between platforms avoiding hazards. Iggy can Bite, run and jump as he battles different types of enemies. The design of each level is well furbished so the player always knows where they are supposed to go. Whether or not you successfully make it to the end, the assurance that you won’t get lost in the levels is always positive.

Listing down some of the important features of the games for you to understand what perks you will get while playing the game. 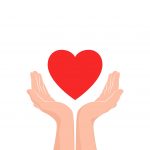 As mentioned earlier, the game includes a little more combat than your typical platformer. Iggy incorporates a normal attack as well as a charged lunge attack. The attacks mostly do their job well although they are not so powerful that the player renders impervious to the enemy’s attacks.

In Iggy’s Egg Adventure, you explore the lands of the Supercontinent. It comprises 18 action-packed levels. The territory consists of 6 types of biomes: Plains, Jungle, Arctic and others. After completing each chapter, the player will need to fight powerful bosses, including Giant Scorpion, Pahi Bull etc.

The foremost significant reason the game is difficult to play is the length of levels. Unless one has successfully gotten the hang of a level, each level will approximately take at least seven to fifteen minutes to complete with some levels taking even up to twenty minutes. This data only speaks for successful attempts at the level while moving carefully through it.

Identical to many old school platformers, the game utilizes lives so when a player runs out of lives, they are sent back to the very beginning of the level and are required to start again. A player will most likely fail multiple times in each level and hence end up spending thirty to sixty minutes on a level.

As of March 1st 2020, Iggy’s Egg Adventure was discontinued and is no longer available for purchase on Steam (Its original game playing platform) and it was declared that currently, Steam has no plans of releasing the game on any other platforms or sales venue.

If a player does not prefer hard platformers, it is unlikely they will like this particular game. Although the game is fun, it can be a little frustrating at times especially if one has to repeat an entire level as it may be time-consuming. Overall, it’s an adventurous and fun game and who would not like to help a cute baby Dino find his momma. 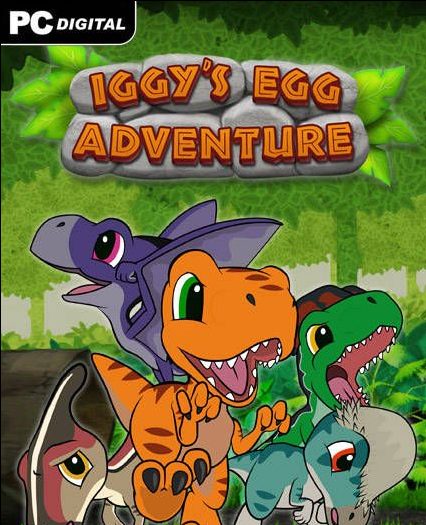 No, apparently it is not.

No, it is currently not available for download LEGALLY.