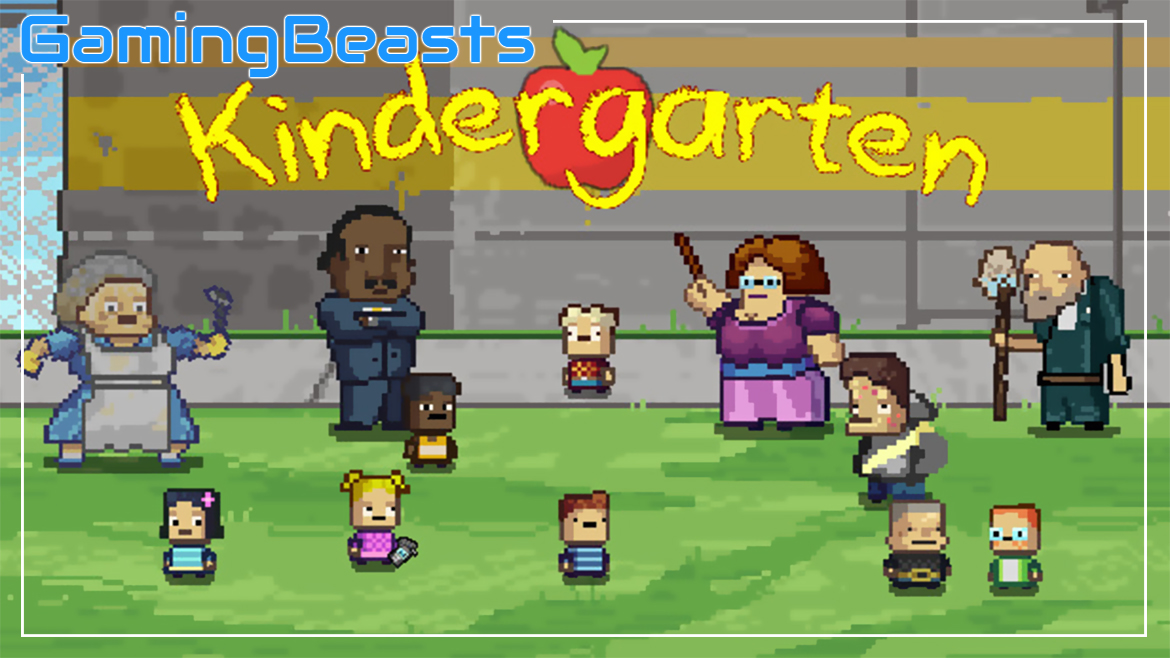 Kindergarten is a popular adventure indie game that has been developed by COn Man Games and Smash Games. It was published under the banner of Smash Games on the 16th of June 2017 for the Steam platform. The main focus of the game is to have fun and not die which sounds quite simple but it is not. Players will have to attend school in the game and make friends and fight with enemies. After the release of the game the reviews have been overwhelmingly positive which is why it has received so many downloads. The game can be played in single-player mode and it is quite a fun experience.

If players are starting this game and they have not played it before they should make sure they understand all the rules and regulations of the school before joining it or else it will be impossible for them to survive in the game. The investigation is one of the main aspects of the game and players will always have to stay safe and look for clues to get a clear understanding of what is happening in the school.

One of the basic rules of the school is that students should always be one mop away from the janitor because of legal reasons. If students are unable to follow the rules of the school they will end up getting punished and eventually killed in this process. To go ahead in the game make sure to keep your heads down and not make a lot of noise.

It is an abstract puzzle adventure game that has been around for more than 4 years. Players will be playing the game as a student of the kindergarten that is a bit different. In kindergarten, the teachers are not happy with the students and try to get rid of them one by one. Players will often see the janitor clean up blood from the walls and floors. The cafeteria keeps on serving the same old food over and over again.

Each kid visits the principal’s office and gets a strange device planted in their body. As players will progress in the game they will get to see missing students now and then. Players will have to figure out what is happening in the school and why children are going missing and there is so much blood around. The life of the players will depend on what they find out.

The main focus of Kindergarten developers is on the gameplay. The controls of the game are quite basic but the best part is that they are all quite reactive. The games are built on the Unity 3D engine which makes it quite fun to play. The storyline of the game is quite shocking and players will get to know about the situation as they go ahead in the game. The most disturbing gameplay of Kindergarten is that the teachers in the school always carry a gun with them and they end up shooting the children whenever they want without any explanation. Since players will play the character of new students it is up to them to stay away from the eyes of the teachers and avoid getting killed. Players need to focus more on saving themselves rather than focusing on saving other students.

If players are looking to download and play the game Kindergarten on their PC through Steam then they need to be sure that the PC is running on Windows XP or above. The game requires a minimum processor of 1.6 GHz with 1 GB RAM. A graphics card like ATI Mobility Radeon 4200 surely helps in making the game look better. The DirectX required to run Kindergarten is version 11 and the game takes about 150 MB of free space to download and play. The game does not have any sound card requirements as of now.

Kindergarten has been around for quite some time and because of its weird dynamics a lot of people have loved the game. The game has created a lot of buzz because of the hard humor it brings which is both fun and scary at the same time. Here we have listed down a few of the features of the game which make the game a must-play for gamers all across the globe.

Graphics is something that looks quite different with this game. The developers have made sure to keep the graphics 2D so that the fun and casual aspect of the game is intact. The graphics make the game quite fun to play. Even when the story is so dark the graphics help in keeping the mood of the game light.

All the controls that have been designed by the developers for Kindergarten are quite smart yet basic. The controls are generally responsible for the movement of the character players are playing. The controls are quite reactive and smart which helps players navigate around the entire school without any problem.

There are multiple characters available in the game which includes students, janitors, teachers, and the principal. Players will be able to interact with each of the characters at their own time. If players are thinking of interacting with other characters make sure it is quite organic or else that might end up being the reason for their death.

There are a lot of games that try to portray shock humor to their players but all of them end up having quite a serious approach towards the game. With Kindergarten things are different because the game is quite adventurous and casual at the same time which makes it a fun experience for players to play the game. If you are thinking about playing this game make sure you are ready to go through the roller coaster the game will take you through. 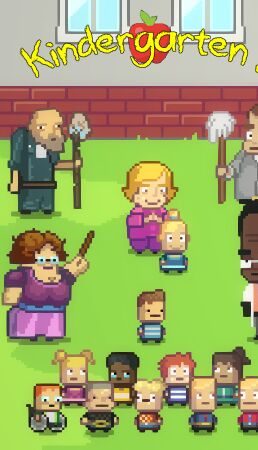 Is Kindergarten available on the Steam platform?

Yes, Kindergarten is available on the Steam platform

How much free hard drive space does the game Kindergarten need?

Which company is responsible for publishing Kindergarten?