In some cases, it is said that less is more. However, the Mega Man Zero/ZX Legacy collection is not one of such things. It is a collection of mega man zero games- a collection of four titles. Not only does the game have fighting and stealth at its core, but the game offers a futuristic vision as well! If you have not yet explored the game, then it is high time that you do.

But, of course, before trying something new you must have a proper idea as to what it has there to offer you. That is exactly the reason why you are here right? Well, we would not disappoint you in that case. As you scroll on you will see how we have prepared for and brought to you a compact discussion of the game- its plotline, its gameplay, and much more! Read on!

The game is a part of the Mega Man gaming franchise and is developed by Inti Creates and published by Capcom. The game is a multiplayer game and is available in a variety of genres starting from your PC to Nintendo Switch and much more.

For those of you who are aware of the mega man X storyline, this game begins centuries after that one. The game starts with zero awakenings from years of deep sleep. He has lost his memory. However, the circumstances do not let him rest or wait till his memory comes back and he is dragged into a war between humans and human-like robots called reploids. Even though the reploids are only human-like, they are pretty self-aware. They rise to revolt against mankind who intend on capturing the reploids and using them to meet the energy shortage crisis worldwide, thus resulting in a war.

Having lost his memory and thereafter being helped by a human scientist, Ceil, Zero joins the scientist to fight reploids sent by the humans to capture them and in the process even helps the reploid resistance to survive.

This is however only the initial setting of the story. As the plot progresses the course of events shape and shifts the plot with time.

Mega Man Zero/ZX Legacy Collection is a collection of four titles of the gaming franchise. The game falls under the genres of action, run and gun, and role-playing games. It is a multiplayer game and allows a maximum of two players to play at a time.

The gameplay of this particular installment is pretty similar to the former one. It is a 2-dimensional action platform game. It has within it run and gun elements as well. There are boss patterns that you would need to memorise to portray your best skills. You would also have the option to choose from various weapons, the hard part here is choosing the most suitable weapon according to the situation and the enemy.

The stages of the game are inside regions which again are a part of a larger map. The catch here is that once you are done with your mission, you can explore the areas in which the mission was set. The role-playing element enhances the experience in this regard.

The moves that you can choose from are pretty basic and as you go through the game, you will get a hang of it. With each entry in the game, the pattern of moves and gameplay changes a bit, but sticks to a basic foundation. The game, therefore, succeeds in being simple as well as interesting and not boring at the same time.

We are now about to discuss some of the features of the game mega man zero. Take a look and see for yourself what the game has to offer to you.

The gameplay tests your skills- both physical and mental. While it is important as to how you launch your attacks and defend yourself in the face of danger, it is also very important as to what kind of an attack, or weapon you choose. From the various weapon options that you would be provided within the game, you would have to choose that one particular option that would facilitate you’re moving forward in the game the most.

The game has a pretty simple layout, and gameplay to follow. Even if you are new in the gaming world, after a while you will surely get the hang of the moves. But this simple nature of the gameplay does not let the game get boring for the player either. To achieve both of these attributes and maintain them, is a rather difficult and tricky job.

Role-playing games always have a certain edge to them that other games don’t. Once you are done with your missions, you can explore the areas in which the missions were set. The fact that this is a role-playing game, makes your overall gaming experience better as well.

In a game, which is set in a futuristic world, the graphics play a very important role to aid the imagination of the players. The game does not disappoint the gamers in this regard. Its graphics are quite realistic and helps too make your gaming sessions better.

The fact that the world of the Internet found you here, reading through these lines, implies that you have probably heard of the game somewhere and thereafter come here to take a look at what the game is. Well, enough of looking then. It’s time for some physical action – what say?! 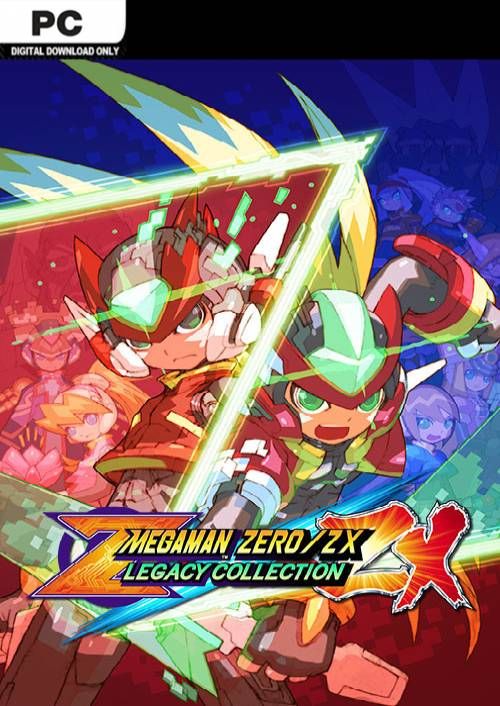 Can the Mega Man Zero/ZX Legacy collection be played on Xbox?

Yes, the game can be played on Xbox- Xbox One.

The main story takes about 3 to 4 hours to be completed. If you consider both the main and side missions, the time would go up to about 5 hours or so.