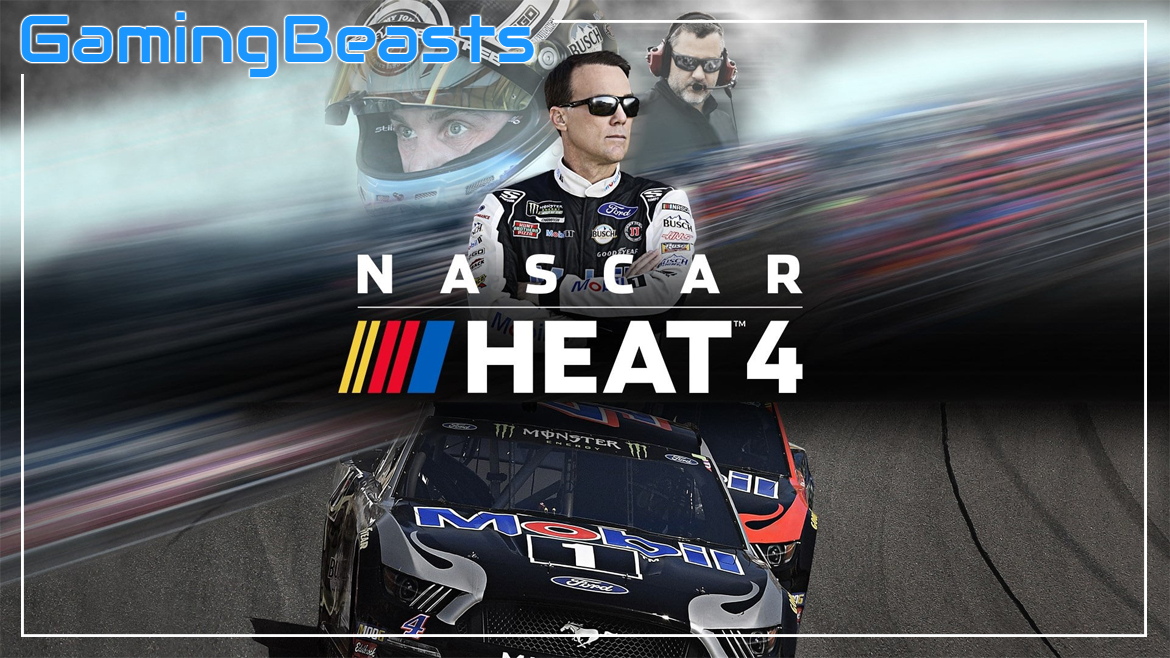 NASCAR Heat 4 is a racing simulation video game belonging to the NASCAR franchise. It was developed by Monster Games and distributed by 704 Games on 13th September 2019 for several consoles like PlayStation 4, Microsoft Windows, Xbox one via Steam. The  regular version of the game features Kevin Harvick as the cover athlete while the gold edition features Jeff Gordon and Tony Stewart.

The release of NASCAR Heat 4 has taken the concept of racing games forward to the next level. Though the gaming industry has given us lots of racing simulation games, a game as brilliant and realistic as NASCAR Heat 4 hasn’t been developed for quite some time in modern times. Surely, the previous sequels of the NASCAR franchise were near to perfection but they came out a long time back, and fans of the NASCAR series badly wanted a revival of that kind of a racing game. NASCAR Heat 4 is an impeccable game, providing a plethora of customisation options and an easy to comprehend navigation menu.

What is NASCAR Heat 4 about?

The game has truly undergone massive changes and developments from its previous sequels. They had a lot of flaws that have been addressed and solved by developers in the latest installment. Physics and suspense have been built to the fullest, giving players much-needed fun. Earlier the AI was hard and unrealistic and characters usually felt like robots. Whereas now, there has been an overall development, starting from character appearance to their expressions. Players are in control of customising racers as per their choice during any given race.

From its core, NASCAR Heat 4 helps you derive a thoroughly addictive and fun experience on different virtual tracks. Sometimes you even have to encounter mini duals with other racers as you try to overtake them in the race. The game is quite fast-paced, giving players the satisfactory feeling of speed they look for.

There are different handling styles of stock cars, sprint vehicles, and trucks. Because of these variations, NASCAR Heat 4 is one of the most demanded racing video games that players still prefer. One can play the game in various ways. Career, quick races, season play, challenges, online multiplayer are different options available to players in NASCAR Heat 4. In short, the game has a lot of content to offer to players.

Upon completion of the races, players fetch attractive rewards and prizes. Players are given a speed rating for every track. With every passing round, they can unlock and access different elements of the game gradually.

The game is innovative and creative. While it holds many of the elements of the previous sequels, it has modified them, giving it a unique and original touch. That’s where the awesomeness of this game lies. There are however a few rules that every player has to abide by if he wants to enter a race. For NASCAR fans who are looking for a thorough competition, look no further than NASCAR Heat 4.

When the launch of NASCAR Heat 4 was announced, developers also announced that an additional version title, the Xtreme Dirt Tour would be back this time and that Tony Stewart would feature as a team owner and driver in the series. Players can play in the career mode from any of the four series available: Xfinity, NASCAR cup, Xtreme Dirt, and Trucks. Developers have added additional updates to this game from time to time, expanding its scope and elements. The game truly earned its nomination for the best “Games Franchise Racing” at the NAVGTR Awards.

By now you know what an amazingly realistic and thrilling game NASCAR Heat 4 is. With its set of customisation options, variety of tracks, and playing modes, it is here to offer fun and excitement to the ultimate level possible. Below enlisted are some gestures of NASCAR Heat 4 that you would love to know.

The race tracks, vehicles, and surroundings are extremely realistic. Developers have crafted the game’s elements with details and dedication to ensure they don’t miss out on anything. With such extreme precision, the game feels life-like.

The right background track is essential in delivering the essence and feel of a game. Keeping that in mind, developers of NH 4 have incorporated the right soundtrack that is sure to increase your adrenaline rush in your body.

To ensure that the game doesn’t become boring, developers have added lots of content to explore. From 4 basic modes to start with to a variety of racing tracks and different missions and levels to complete, you will be left wanting to play this game again and again.

No doubt playing with friends is more fun than playing solo. To enable players to have maximum fun and thrill, a well-developed multiplayer mode has been added to this game.

NASCAR Heat 4 has shocking depth to it. It features top-notch racing scenes, driving mechanics, and a plethora of customisation options. It’s a game that has successfully l captured hearts and earned positive reviews from critics and gamers across the world. It’s not perfect but at the same time, it is intriguing. 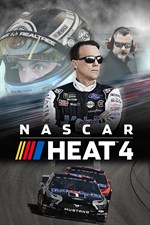 Is NASCAR Heat 4 worth buying?

Yes, NASCAR Heat 4 is worth giving a try. The graphics are amazing so is the soundtrack. The racing mechanics, variety of racing tracks, racing vehicles, etc. are all realistic and attractive.

On what consoles can one play NASCAR Heat 4?

The game can be played on different consoles like PlayStation 4, Xbox One, Microsoft Windows, etc.

Yes, the game incorporates both a multiplayer and single-player mode.