Why So Serious’ game, Needy Streamer Overload, aimed to market itself as a similar title to Doki Doki, filled with the same “weird” taste and ghastly tints veiled under a pastel-coloured patina with a kawaii style. In some ways, the references are there: it is apparent that Needy Streamer Overload is a bizarre and outlandish video game that focuses a lot on stunning the audience.

It is a title aimed at an adult audience that, although including just a few (never explicit) sexual references, deals with highly serious problems such as despair, suicide, drug addiction, and self-harm.

Needy Streamer Overload immerses the player in the life of Ame, a young Tokyo girl who has recently migrated and is trying to make a livelihood as a KAngel streamer. We, on the other hand, will assume the perspective of P-Chan, who is both KAngel’s lover and producer, and will help her reach one million followers in the first thirty days of her career.

The game is a form of Dating Sim with an obvious oriental influence, in which we will be tasked with planning Ame’s everyday life and scheduling live broadcasts to increase followers and, hence, cash. It will be able to keep track of KAngel’s number of followers, as well as his stress level, fondness for us, and sanity, through a dedicated window.

The day is separated into three times, during which Ame may sleep, surf the internet, play computer games, or schedule certain pair activities such as excursions to specific regions of the city. All of this has an effect on Ame’s metrics and can inspire her with new ideas for her nightly streaming sessions, where instead, our role will be to censor the chat comments, marking those to be read and removing the objectionable ones, then chat with her to speak and listen to her views.

Below listed are some of the salient features of the game. Have a look at them.

The game features beautiful graphics. The whole game is framed by very stunning pixel graphics, fashioned in such a manner as to remember the aesthetics of classic PC-98 video games, and by chiptune music that is quite pleasant in its simplicity in the early stages of the game.

The game appears to be aimed squarely towards the streamer demographic and their viewership as a whole. The game has not been dubbed but is accessible in a variety of languages, including English but not Italian.

At first sight, Needy Streamer Overload appears to be a fairly basic video game, easygoing and visually appealing. It appears to be a game that wishes to depict the life and hardships of individuals who want to earn a career through streaming, possibly finding a happy medium between their free time, their hobbies, and their public image. Needy Streamer Overload is none of these things, and its true – and extremely problematic – character is hidden below this ostensibly cheerful veneer.

It makes little difference whether, among the several endings available (approximately twenty in all), some are entirely favorable. The great majority of the time, one is compelled to test Ame to discover how far it can be dragged.

The key distinction between it and other similar works is, ultimately, its principal goal. Overall, it is a game that lets its users freely “experiment” with its protagonist’s bodily and mental health, rewarding the most ambitious and knowledgeable players with new pathways and animations that hint at gore in exchange for one of many possible endings. 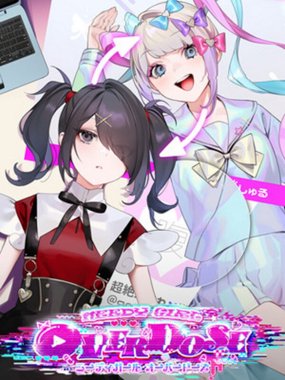 Is the game meant for only adults?

Yes, the game is meant for only adults.

How much storage space does the game require?

The game will require about 3GB of available space.