Romancing SaGa 3 was originally produced in 1995. It’s a role-playing video game developed by Square and published by the same for the Super Famicom. Romancing SaGa 3 was the sixth sequel in the Saga series that was last developed for the platform. Developers have emphasized the series’s replay and non-linearity value. At the start of the game, players get to choose which of the 8 players they would prefer to play as. The story is different from everyone’s perspective and hence the storyline differs.

What is Romancing SaGa 3 about?

As we already said, developed by industry professionals like the legendary Akitoshi Kawazu, the game was originally released back in 1995 in Japan. The HD remake of this classic RPG game has been released recently in English for various consoles. It has optimised its graphics, role-playing elements, introduced a new dungeon to explore and new sites to wander around, and a new game plus mode that players love most. So go ahead and choose to play as one of the 8 protagonists available in the game. Set out on an epic adventure and win it your way!

The game offers historic towns to visit, dungeons and caves to explore and people to interact with. Occasionally, players also get the chance to complete Various additional side quests, that are uncovered by talking to other people or following leads from them. The game’s ultimate goal is somewhat like stopping evil from causing destruction and saving the world in the most adventurous way possible.

The original sequel of this game sold 1.3 million copies within two years of its release, which amply demonstrates how popular the concept of the game was in those times. Currently, it seems to remain the same. Players and critics have greeted the game with positive reviews, especially praising its gameplay, combat mechanics, and enhancements in every aspect.

By now you must be knowing that at the start, players get the liberty to choose a character they would want to play as. Additional playable characters can be added to your team for assistance later if you want. The gameplay of Romancing SaGa 3 is similar to the RPG games we find nowadays.

However, there are notable differences that make the game stand out from the rest of the other role-playing games. For instance, instead of level-ups, the individual stats of every player keeps increasing as they participate in and win more battles. Also, in this latest version, every character has a certain amount of LP, that decreases as the HP decreases and eventually comes to zero, or sometimes they are increased while their HP is still at zero.

If the LP of a player is zero, they are removed from the party, but can be recruited again, except for the fact that they won’t be able to play as the main protagonist of the current game. However, if the main character of the group suffers from a zero LP, automatically the game’s over for the player.

As the game progresses, players can master new skills and techniques they can implement in the game. These can often help them get an upper hand in the game. Similarly, players can also gain the ability to evade enemy attacks by learning various counter-attacks and special moves. The game also offers a commander mode that requires two lead characters to lead the group. During this mode, techniques that need two or more people can be learned. However, if your team doesn’t have 6 players, you can play in a small group of 4 with the fifth person leading the main character.

Romancing SaGa 3 features an open-world environment, non-linear storytelling, and a free-form character progression seen previously in its succeeding sequels. Romancing SaGa 3 maintains its replayability. There are a plethora of side quests that are increasingly interesting to play and win. Also, players get a chance to recruit innumerable party members, besides the eight leading characters who have their individual stories to follow. The game’s engaging gameplay and a high degree of combat customisability have practically enhanced the feel of Romancing SaGa 3. There are more features of the game that are worth mentioning. Continue reading below to know some of them. 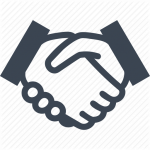 With the introduction of this new mode, players can now abandon the current game and begin anew, carrying the same skills, techs, money, stats, etc. to the next game.

The latest remake of Romancing SaGa 3 has graphically improved visuals. The game’s graphic works are captivating and impressive. Developers have largely become successful in rendering a retro feel to the game while at the same time giving it a facelift. Backgrounds, effects, and environments look better. So are enemy designs.

The game features more than 60 different tracks, which amply suggests how vast the game’s environment is. There are innumerable bases, events, dungeons, etc. Every step of your adventure is sure to be covered by a memorable track that offers the best sight and ambiance you need. The game’s emotional, playful, intense, dramatic, and whatnot!

Players can decide what a character will specialise in and whether they need to strengthen their magical power or not. If a player repeatedly suffers a character attack, the character’s tech points will increase along with its strength.

Critics have mostly praised the soundtrack of this amazing remake. Its character development is also praiseworthy, though players have faced many difficulties getting to the end of Romancing SaGa 3. Hardcore Gamer called the game innovative but lacking in a sense of direction. Also, a few critics noted that the game offers so well-developed side quests that players often forget what their character seems to achieve. Nevertheless, amidst these shortcomings, the remake has successfully come out to be popular and well accepted by gamers across the world. 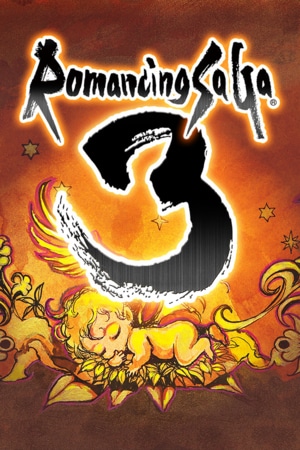 Is Romancing SaGa 3 worth playing?

Yes, the game is definitely worth giving a try. It’s diverse and has a lot of content to offer. Every protagonist has a different perspective and hence a different take on this game. To learn the skills and techniques and enjoy the game thoroughly.

Does the game support a multiplayer mode?

Yes, Romancing SaGa 3 can be played as a multilayer game besides offering a single-player mode.

On what consoles can players enjoy the game?