Next to the Walking Dead: Saints and Sinners, we have the fascinating and interesting Walking Dead Onslaught. It represents an entirely different VR adaptation from the predecessors. The concept and development of the game are done by Survios. The game incorporates a sense of constant terror, making players run throughout. They can shoot and scrounge crossing every level gradually. The game is nowhere similar to the Walking Dead: Saints and Sinners which featured gloomy, dark trepidation of wondering a mysterious room.

What is the Walking Dead Onslaught about?

The game is divided into 7 chapters. The game centres around a full story campaign, depicting the life of Daryl Dixon. The only way to locate new survivors is by doing scavenger runs throughout the open-world environment. The game primarily involves searching for new resources and food supplies to create new buildings in the old zone of Alexandria. While players are on their missions, they are continually being chased by a walker horde or zombie. So, they have to run fast to avoid getting caught by the monster, also taking care of their health.

The game features Daryl Dixon as the main character while he is on a supply run. He narrates his actions and experience which is depicted in the form of flashbacks. This delivery of the story is a great mechanism employed by developers as it makes the most of the voice actors.

The Walking Dead Onslaught has depicted both melee combat and ranged combat scenes fantastically. Developers have put a strong focus on a walker dismemberment system, offering 24 customisable and upgradeable weapons. The game is more about onslaught than about horror. Players hardly are seen jumping. Usually, they run, escape from zombies, shoot, etc. Utilising the melee weapons feels more satisfying, but players at the same time have to be more careful because zombies can attack them from any direction.

Players have to strategize the game, figuring out new resources hidden in old buildings. Once they gather materials and resources, they have to run. Players usually have no idea where they need to go. They have no real destination point. Also, they don’t know what do they have to do exactly. Neither do they have to solve puzzles as they try to figure out what follows next? All they have to do is shoot, gather items, reload and run from the constant chases of zombies behind them.

There are no thirst, stamina, or hunger bars that affect the performance of the players. However, the health of the players keeps diminishing constantly. Players have to take care of that because once their health becomes zero, the game would simply end. Meanwhile, they have to upgrade their weapons to get a stronghold on their enemies and unlock new weapons and pathways.

Features of the Walking Dead Onslaught

Developers have made the Walking Dead Onslaught an interesting VR experience for gamers by introducing a plethora of impressive characters that mean so much to all fans of the show. The story of the Walking Dead Onslaught has been derived from a source. But they have retained its uniqueness and have developed it differently from its original story. Killing players have never been so much a source of entertainment. Players have loved playing this game again and again without getting bored of its gameplay, combat elements, or any other aspect. Below given are some of its features that have made the game so interesting.

The Walking Dead Onslaught features an interesting campaign story, which incorporates fast action survival mode and ultimate freedom struggle. The game also features an open world environment, in which players can shoot, decapitate and sever as their choice. 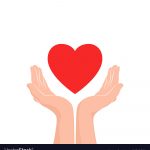 Players wouldn’t get a chance to rest when it comes to survival. There’s an endless onslaught of walkers while you play as your favourite character in the game. Get prepared to witness and overcome the horrors of the new apocalyptic world.

Developers have incorporated the UI flawlessly into the game. Players can play the game without major glitches and problems. The UI can also be turned off in the settings. Its easy and smooth UI allows users to engage with the zombie world in the game.

Developers have finely developed every character. Also, the voice acting is commendable and exceptional. Players are simply amazed at their minute details. Also, there’s an uncanny valley effect that one can notice when characters exchange dialogues. All zombies have roughly the same appearance. Weapons are different for zombies of different levels. Hence, one can notice a variation of armours in the game. However, the design of every armour is extremely well and eye-catching.

Not only does the Walking Dead Onslaught features realistic physics, but also vivid graphics. It’s set in a sprawling exotic location, full of landscape visuals. Hence, considering all its aspects, it’s a complete package rendering a thoroughly entertaining experience to all players worldwide.

The Walking Dead Onslaught will make players risk and sacrifice their lives to amend the shortcomings of the broken world. They aim to rebuild the remains of Alexandria for future offsprings. So get ready to play as your favourite character, overcoming hindrances as they come your way rebuilding the world of Alexandria. 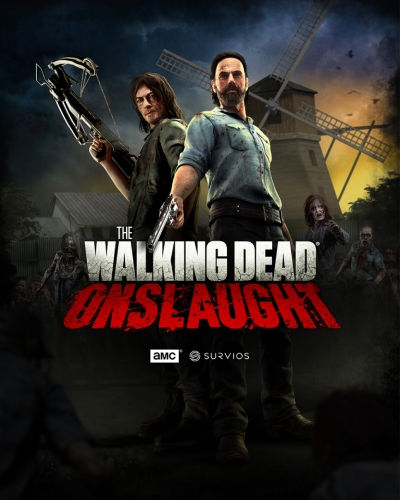 How To Download The Walking Dead Onslaught PC Instructions

Is the story worth it?

Yes, the game is completely worth it. It's fun and exciting and has a lot of content to offer. It has a different style of combat and unique gameplay to offer.

How long is Walking Dead Onslaught?

The Walking Dead Onslaught probably takes three hours to complete the role of Daryl. However, there isn't any set time limit for any level. Players can take as much as they wish to.

How many chapters are in the Walking Dead Onslaught?

The Walking Dead Onslaught has about seven chapters and a prologue.