Developed by Ubisoft Reflections and distributed by Ubisoft, Driver: San Francisco is an action-adventure racing video game. The game was released in 2011 September, for various consoles like Playstation 3, Xbox 360, Microsoft Windows, etc. In this game, players traverse from a fictional replica of San Francisco, completing missions while riding real-world cars. This game even allows players to shift into any car in the game’s setting. This feature is available on most platforms.

The game’s central story focuses on a police detective, John Tanner, who slips into a coma while chasing a prison escapee named Charles Jericho and meeting a deadly accident. He finds himself joining the pieces of his plan in sleep while it was happening in real life. To know more about the plot summary, continue to read below.

What is Driver: San Francisco about?

The safety of San Francisco is a serious threat because prison escapee and crime lord Charles Jericho is on the run. Only one man is powerful enough to capture him. He is notorious for having driven the streets of a hundred cities and spent his entire life putting gangsters behind bars. But, the mission to capture Jericho can even end his life. If he sets out on this journey, there’s no going back and he’s well aware of that. He is John Tanner and he’s the driver.

Like we already mentioned this game is set in the fictional land of San Francisco. The surrounding areas feature Oakland and Marin County. Developers have taken care of the geographic details of San Francisco and included notable structures like the Golden Gate Bridge and the San Francisco–Oakland Bay Bridge. The fictional map of the game spans about 208 miles. The game has another Wii edition, which however features limited roads and territory. One would find the major cities and roads blocked in this edition. The events of the driver: San Francisco take place six months after the events of the driver occurred.

For the first time in the franchise, Driver: San Francisco features licensed cars. Players have the freedom to shift to any other car anytime while playing.

However, after playing the game for about two hours, one would realise that there’s more to the game than shifting. The game completely changes depending on your thoughts on racing. If you are purely concentrating on driving faster and competing against other players, you would surely be missing out on a lot. Players can do a lot of interesting tasks like send oncoming traffic zooming into opponents to remove them from competition or block routes with a truck or travel around the entire map in a car. As the game proceeds, your abilities to perform and shift also improve. As you complete your tasks and win races, you unlock the rest of the city and several varieties of new cars.

The game offers several missions to players to be enjoyed. For example, there are several chase missions where players drive cop cars and perform missions and sometimes even have to stick to the same car.

The shift feature is an extra feature available in Driver: San Francisco. This feature allows Tanner to teleport from one car to the other. With the shift, players can even start new missions.

Besides the shift, all cars are also equipped with a boost feature in Driver: San Francisco. This feature requires players to push up on the left thumbstick to use it. PlayStation 3 and Xbox 360 consoles support a special ram attack on cars in this game. The film director mode, which was absent in the previous sequels has made a comeback. Driver: San Francisco runs at a speed of 60 frames per second.

For instance, in trailblazer, the players are required to follow a trail of a robotic car to gather points. Now, the person who collects the maximum points is sure to win the match. In the tag game mode, all the players try to tag or hit each other. These are different gaming modes through which players can gain points and proceed further in the game. Players can also earn in multiplayer mode.

By now you have understood how amazing and vast the game is. There isn’t any shortage of content in this game. Developers have taken care of every aspect to make sure players don’t get bored of playing the same modes and completing the same challenges over and over again. This post wouldn’t be complete without going through the features of Driver: San Francisco. That’s why we have enlisted some of the major features of the game below.

The game is extremely quick-paced. Players can never get enough of the game. With Driver: San Francisco, one can rediscover the cinematic driving experience, that’s breathtaking. With Hollywood-styled crashes, loose suspension, long drifts, etc. You are sure to have an amazing time while playing. What’s most amazing is the selection of cars that’s available to players.

Apart from incorporating several modes outside the multilayer mode, the game also includes 10 different kinds of multiplayer gaming modes. If you are aiming to complete each of these gaming modes, it’s going to take more hours, yet you still wouldn’t get bored.

The game incorporates a thrilling, character-driven storyline. The story is fuelled by revenge and tanner’s never-ending manhunt for Jericho. Tanner’s race to survive and catch the escapee is thrilling and adventurous. If you are a fan of action-adventure games, driver: Sam Francisco is the game for you.

Upon its release, it garnered positive reviews from people. However, the Wii edition got mixed reviews. What’s most praiseworthy about this game is its incorporation of several gaming modes! Developers have exhibited their creativity quite well. Players and critics from all across the globe have loved to play this game. Not only is the multiplayer mode interesting, so is the single-player mode. The game has rightly won the Best Driving Game of E3 2010 award from Ripton. Besides that, it has also received a nomination from Kotaku. 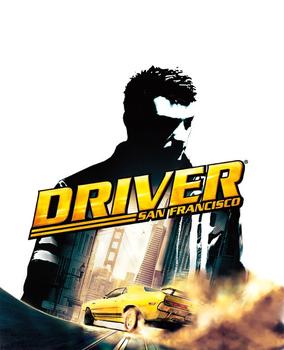 What modes are available in Driver: San Francisco?

The game offers both a single-player and multiplayer gaming mode.

Yes, the game can be installed for free from Google Playstore.